Do you enjoy a good war book with adventure and action?  Joseph Altsheler wrote a book called, “The Texan Star,” which tells you about the bloody war between Texans and Mexicans.

In this fiction book, Ned Fulton, a sixteen-year-old Texan warns his people of an attack planned by the Mexicans. Ned and his friend, Mr. Palmer, travel across Texas recruiting men with arms to defend Texas from it’s invaders. Santa Anna was the president of Mexico. He thought that Texas belonged to Mexico. So, he sent his cousin General Cos to kill the Texans and claim Texas for Mexico.

Joseph Altsheler’s book is a good story of the birth of the Texas Republic. I thought this book explained the war in an extraordinary way. I recommend this book because it tells important information even though it is fiction.

Age: 16 Grade: 11 Hobbies: My hobbies include reading, listening to Catholic CDs, watching movies, target practice (bow and gun), serving Mass, and playing guitar. Patron/Favorite saints: I have many favorite saints but I have a huge devotion to Our Most Blessed Mother. I also pray to Saint Isadore and Saint Michael often. Favorite Subjects: My all-time favorite subject in school is history, but I also love math. Other: I am the oldest of nine children. I am very involved with the youth group at my parish. I like spending time working on my jeep and plan to paint it as a pro-life jeep. 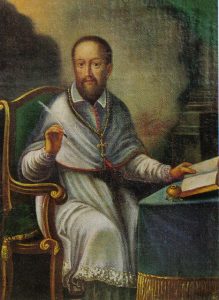